Year 5&6 Quicksticks Hockey took place on 16th November at Upton High School. We had 25 teams enter with a total number of 140 boys and girls playing hockey. The sun shone, the smiles got bigger and the goals came tumbling in. We had 2 competitions running at the same time. The B competition semi finals saw Upton Heath beat Mickle Trafford 3-2 in a very close game and Cherry Grove beat Waverton by the same score in another great game. The final of the B competition was won by Cherry Grove 3-1 all players played very well and fully deserved the victory.

The A competition semi finals saw The King’s School beat Waverton 2-1 and Guilden Sutton beat Mickle Trafford 3-2. The final was a great match with some fantastic skills on show and very competitive. Full time saw the score tied at  3-3 so on to sudden death, both teams could have won it but The King’s School scored a great goal to win the competition and progress to the County Finals in March. We wish them good luck in the finals! 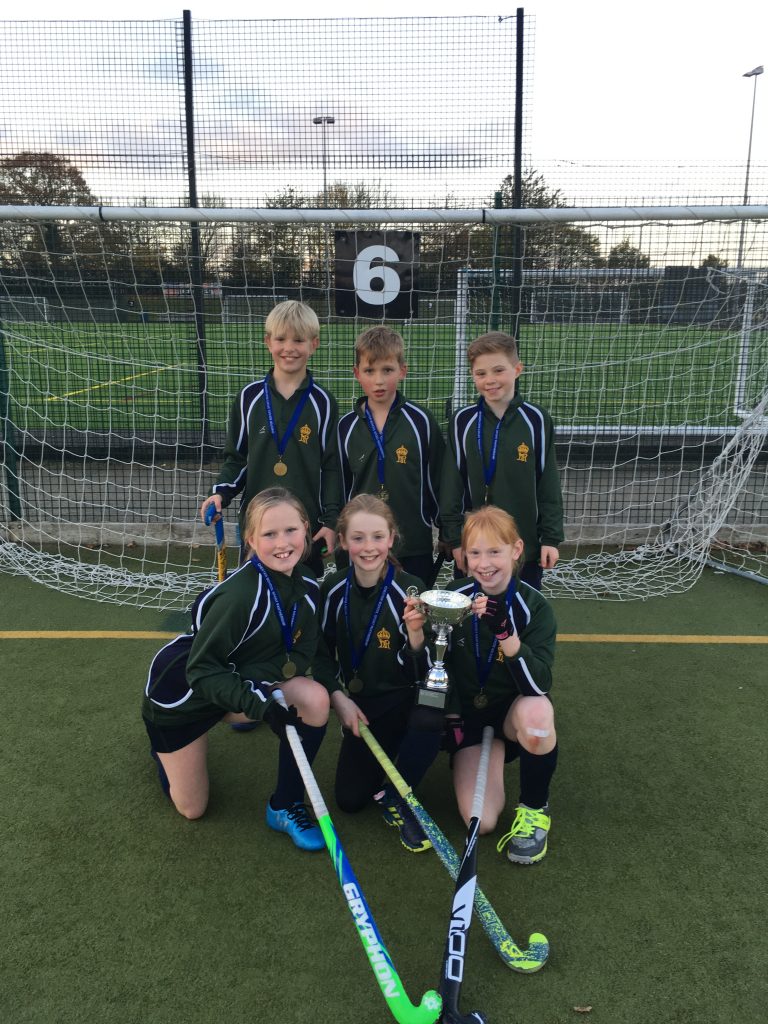